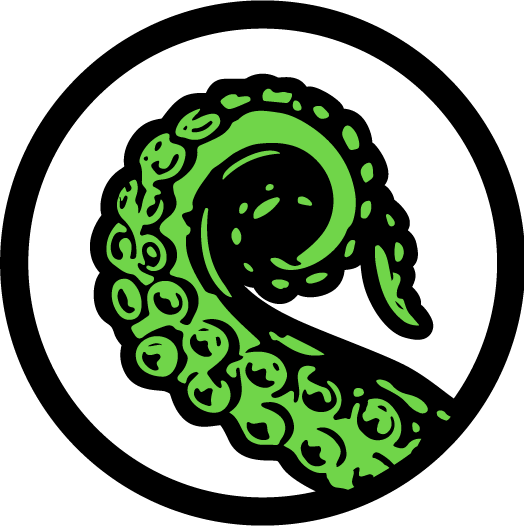 The Drabblecast is excited to be back in business providing Strange Stories by Strange Authors, to Strange Listeners, Such As Yourself! It's not too late to pick up some awesome Drabblecast swag to make your life even weirder and more fulfilled! And remember, with each purchase, your helping support your favorite podcast!

Latest Updates from Our Project:

Hey folks!  Exciting news!  Tomorrow you get a chance to chat with  Drabblecast cryptozoologist Connor Choadsworth at 9AM PST/12PM EST on Kickstarter Live to talk strange stories, strange animals, and certain strange Kickstarter campaigns wrapping up this week (ahem!)  It'll be a lot of fun, you won't want to miss it.  Here's the link:

We'll also be streaming it on the Drabblecast Facebook page at: https://www.facebook.com/Drabblecast/

Looking forward to seeing you then!

Let me first just say, we hit our $42,500 stretch goal today with the help of listener Stanna Edwards, who upgraded from a Love Monkey to a Yule Lad.  Thank you Stanna, and wow, what a difference it makes to bump up that pledge level just a notch here during the final stretch of our campaign!

We'll now be revamping our discussion forums, which may not seem like a big deal off the bat, but that's only if you were missing out on them before, I promise.

Located at www.forums.drabblecast.org our discussion forums were the heart of the Drabblecast community.  This is where every episode of the Drabblecast was discussed by fans, where weird news was celebrated, fan art was showcased, other podcasts were suggested, writers groups were held, and contests like the Annual People's Choice Awards were voted on.  This is where I selected weekly twabbles and drabbles from, and it's the primary way I kept in the loop with YOU, our most engaged fans.  I can't tell you how excited I am that we're going to be bringing the forums back!

But let's talk about our next stretch goal now shall we?

Connor Choadsworth's: "In Search of the Shambling Merpeople!"

So, I love selecting and reading you all weird fiction each week.  I love doing Drabblenews and reading your 100 word stories.  But when I get to become Drabblecast resident Cryptozoologist Connor Choadsworth and embark on an epic miniseries in search of some strange ass ridiculous animal, folks-- nothing gets me more pumped.

It's a LOT of work though.  In each of these fake nature documentaries to date I've not only brought voice actors and intense production, I've written and inserted entire fully produced songs.  And man am I itching to give Connor another trip out into the unknown!

As fans of Mongolian Deathworm and Brain-Eating Nandi Bear series well know, the common thread of these ridiculous madcap adventures is that Connor sufferers from both extreme ADHD and extreme tunnel vision simultaneously, and the creature he passionately seeks along with his inevitably inept crew, somehow always manages to be both the first and furthest thing from his mind at all times.

"In Search of the Mongolian Deathworm" involved an entire charade with rock singer/do-gooder Bono suddenly apotheosizing into a Dune-like blind God Emperor in charge of legions of Holy Warriors, while the world of Dr. Seuss blended in confusingly with the birth of our Lord and Savior Jesus Christ.

Here's what I can tell you about the next adventure, should we reach our $45,000 stretch goal with your support.

Connor will be the captain of a bumbling research vessel in the Central-South Pacific--near where Amelia Earhart disappeared-- scouring for signs of an ancient lost civilization of fish-frog humanoids, akin to that of the Fiji mermaid.  He will have a parrot that he deeply regrets ever bringing on board, and possibly an eye-patch (depending on how his pink eye is doing.)

Elements of HP Lovecraft will come in to play, as well as Connor's incessant drive to, in a sense "never grow up."

That was a hint, you might not have seen because of the maybe-eye-patch.

And that's all you're getting for now you lovely Weirdo's!

Check out all the cool things you get at that next pledge level just a notch above yours and let's make this happen, January 2019.

And as always, thank you SO MUCH for your support!

We’re excited to be so close to this next stretch goal which has a warm place in our heart.

The Drabblecast Director’s Cut Specials are a One-of-a-Kind Behind-the-Scenes look into some of the Drabblecast’s most notable and infamous stories!

Listeners get to hear Norm and the various Authors, Narrators, Artists and/or Producers involved in the creation of some of your favorite stories discuss all of the decisions and elements that went into bringing you the story magic.

If this Stretch Goal is met, each month you will receive 1 Drabblecast Director’s Cut Special in your regular Drabblecast Feed that will include Norm interviewing Authors and key players as they listen together to episodes, bringing you:

~Author Commentary on the Ideas, Inspiration, and Creative Process behind Stories

~Entertaining anecdotes and background on the creation, performance, or use of Production Music, Sound Effects, and more!

~The opportunity to become involved and request stories selected as Director’s Cut Specials, and also to submit your own questions to Norm, Authors, and others involved

By helping the Drabblecast reach this Stretch Goal, we all get to appreciate our favorite Drabblecast stories and productions in a whole new way.

So thank you! And keep those hundred eyes open for more goals to come!

Had a great talk with Tim Pratt. So great, I felt bad for anyone who missed it.

So here's a replay (I think it will disappear eventually, but for now the link should work):

Whoopsies--in my last update, I forgot which way the earth spins in this reality and swapped the PST/EST times. Sorry about that! Here's the link again with the corrected image. It starts in roughly 90 minutes, and I promise it will be, well, weird.

What is Pratt Libs anyways?

Well... primarily it's an excuse to get Tim Pratt on the line. You may know him as that guy that has written a BUNCH of our favorite Drabblecast stories--if you go back a few Drabblecast episodes, you'll find a director's cut of Morris and the Machine, one of our absolute favorite time-travel "romance" stories ever--or as the "guy in the hot tub" from our Kickstarter video.

If you google "Pratt Libs," you'll probably end up looking at links to the Pratt Institute Libraries. Libraries are great and all, but probably not anywhere near as strange as our take on Pratt Libs. See, Tim cooked up an idea... why not write a story (he's good at that) and turn it into a Mad Libs style, fill in the blank version... and then have the strange folks in the Drabblecast community (that's you guys) fill in those blanks?

And do it live. This could possibly be a career-ending move for for both of us, but so are lots of things... like trying to make a living telling stories about creepy squid gods, giant whale testicles (have YOU listened to yesterday's episode yet?), clown eggs and murderous magic teddy bears. Sometimes you've just gotta live a little!

Stay weird and see you soon!